Okay, everyone.  I have something seriously MAJOR to announce.  Oh boy this is good!

Thanks to the generosity and persistence of a good friend, I am leaving on a jet plane tomorrow morning, headed for Chicago to be in the audience of: 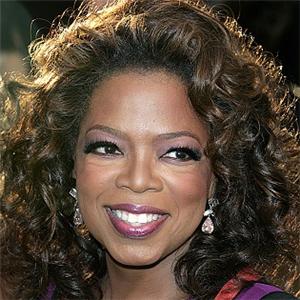 CAN YOU BELIEVE THIS SHIT?!

I am going to be in the same room as The Great and Powerful Oprah!  La la la!  So excited!

To answer your first question, I have no idea who is going to be on the show.  The shows are taped,  they do two shows in a day, and I will be at the morning taping on Thursday.  It could be Marie Osmond.  It could be George W. Bush and his parents.  It could be... Favorite Things!

If you know Oprah at all, you know that in the month of November she does her favorite things show where she tells us all what to buy each other for Christmas and gives the audience butt-loads of free stuff.  One year she gave away refrigerators and computers and cashmere robes and stuff.  I seriously don't think that I will be lucky enough to be on that show.  I am already pretty darn lucky in most areas of my life (except for that whole no dining room thing) but I've never been someone who wins things like raffles, or sweepstakes, or the California Lottery.  Its a longshot at best.

I have my Oprah outfit picked out, I bought some new Oprah shoes, I'm going to take this black halloween nail polish off because I don't think Oprah would like it.   If I get to ask Oprah a question, I'm going to ask her where we should eat while we're in Chicago, and I'll go where ever she tells me to.

It would be cool enough to just absorb the Oprah-ness of the experience, but I also get to spend two days in Chicago, where I have never been, with a good friend, and its not going to snow!  Yay!