A woman I barely know recently told me this story: She had two kids, the second one conceived through numerous IVF attempts.  She has the second kid, goes on the pill, all is well.  She is almost out of pills, so goes to the gyno to get a new prescription, gyno says, "You're pregnant.  With twins."  Gyno sends her directly to the hospital, because her pregnancy is considered high risk because she's been on the pill the whole time.  She gets a battery of ultrasounds, inside and out, and the gyno was wrong.  Its not twins.  Its triplets.  I swear to God.  True story.  How do you think that call to the husband went?  I'll tell you: she calls hubby from the hospital and says, "Guess where I am:"  SHE WAS ON THE PILL, PEOPLE!  And, if her attempt at a second kid was any indication, INFERTILE!

Well, I  also failed to have a second baby, after two years and more money than I care to think about, and I am on the pill, so I got to thinking: What if I found out I was pregnant?

At first I was excited.  Maybe I would have a little boy!  Whee!  Then I started to think about where this child and all his stuff (and kids have tons of stuff) would go, and I couldn't even get my arms around the heaven and earth that would have to move in order to make room for a baby in this house.  So I skipped past that part, and started doing simple math.  If I had a baby in the next year, Leila would be nine years older than this baby.  When the new baby turned nine, Leila would be leaving for college.  Leila would have been an only child for the first nine years, and the new baby would be an only child for the second nine years.  I would be in the same school district for 16 years.  The minute the first one was getting out of 8th grade, the second one would be starting kindergarten and I would have to do all this bullshit all over again (except that I would be working full time to pay for the addition to my house.) When Leila starts college, I'll be almost 50; when baby starts college, I'll be almost 60...   I got rid of almost all my baby stuff, and I doubt I could get someone to throw me a shower.  My friends are so over the baby stuff by now.  There probably wouldn't even be any hand-me-downs left.  I'd be screwed!  I'd have to re-buy car seats and strollers and baby bjorns and crib sheets and clothes, and ugh!

It was then that I began to stress.  I keep asking Rob if we would go ahead and have that vasectomy anyway, even though the chances are so remote, and he says he's not worried about it.  He says if I miraculously get pregnant, the kid is seriously meant to be, and so be it.  I still vote vasectomy.

I just had a chilling thought!  What if I got pregnant with triplets??!!  I can't even go there in my mind!  I think I'm going to have to lie down.  Vasectomy.  That's all I can think about now.  Vasectomy.  Vasectomy.  You know my fortieth birthday is coming up! That could be a good gift! Vasectomy!  The gift of reassurance that I wont have to spend my retirement savings on bibs and a breast pump and visits to the pediatrician! 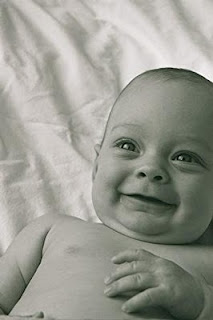 Posted by Bored Housewife at 10:20 AM

As an only child until I was 10, I can honestly say that I think Leila would be thrilled and you'd have a total built in helper from day one. And my parents are probably really happy they relented and had a second child cuz my sis is WAY more There for them in their later years than I am. I know that there's maybe a .005% chance of your fear ever coming true but my 2 cents is - Don't Fear It!!